April 2014: Raiders of the Lost Ark, Descartes, Taxes, and NASA 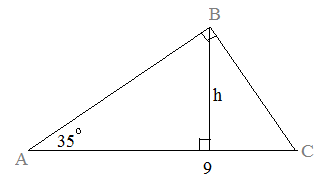 "Raiders of the Lost Arc" 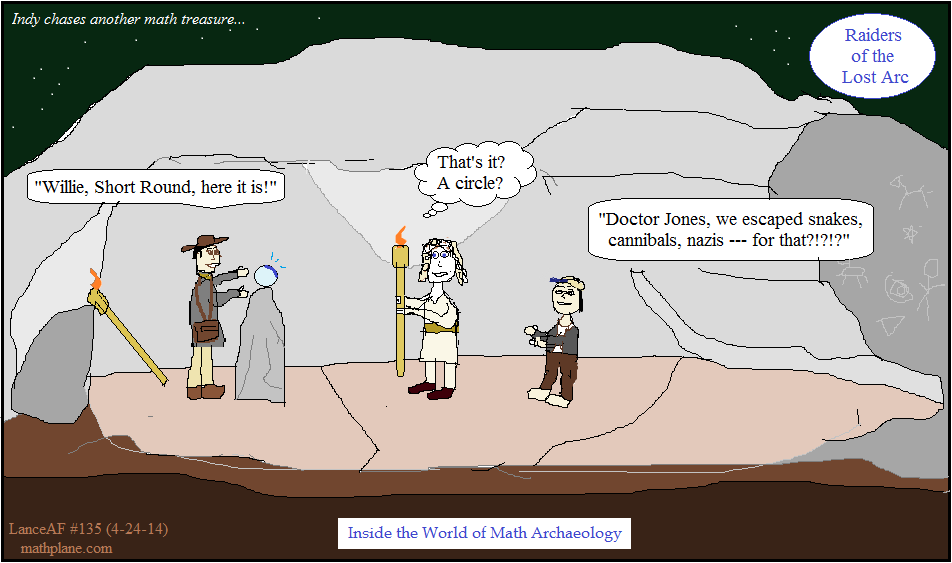 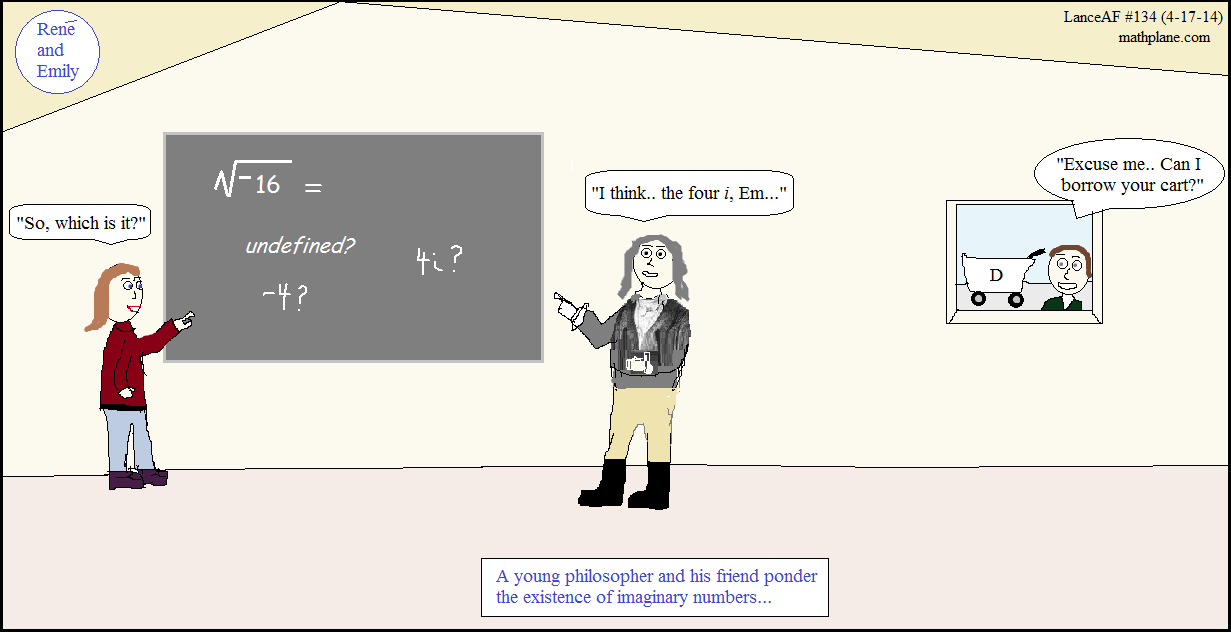 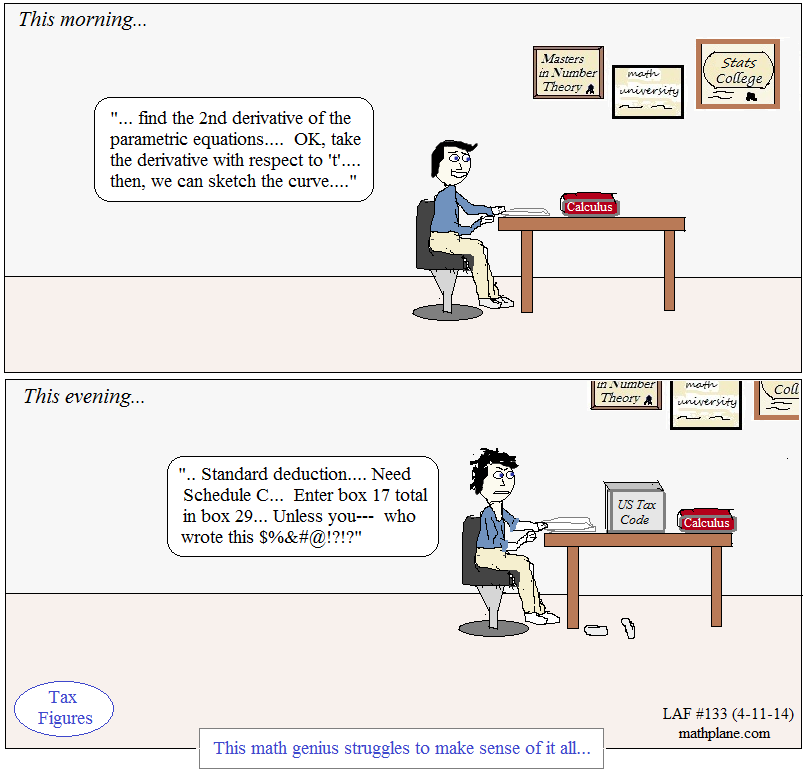 Is this bad form?


Our 10-person math club is meeting for dinner at a restaurant. (Unfortunately, the club has 2 members that I do not like.). The restaurant has round tables that seat exactly 10 people.
If I show up last, what is the probability that the remaining seat is next to someone I don't like? 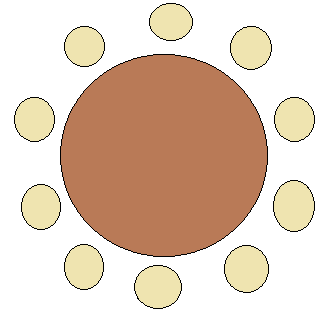 Answers and more questions
in the spare parts section 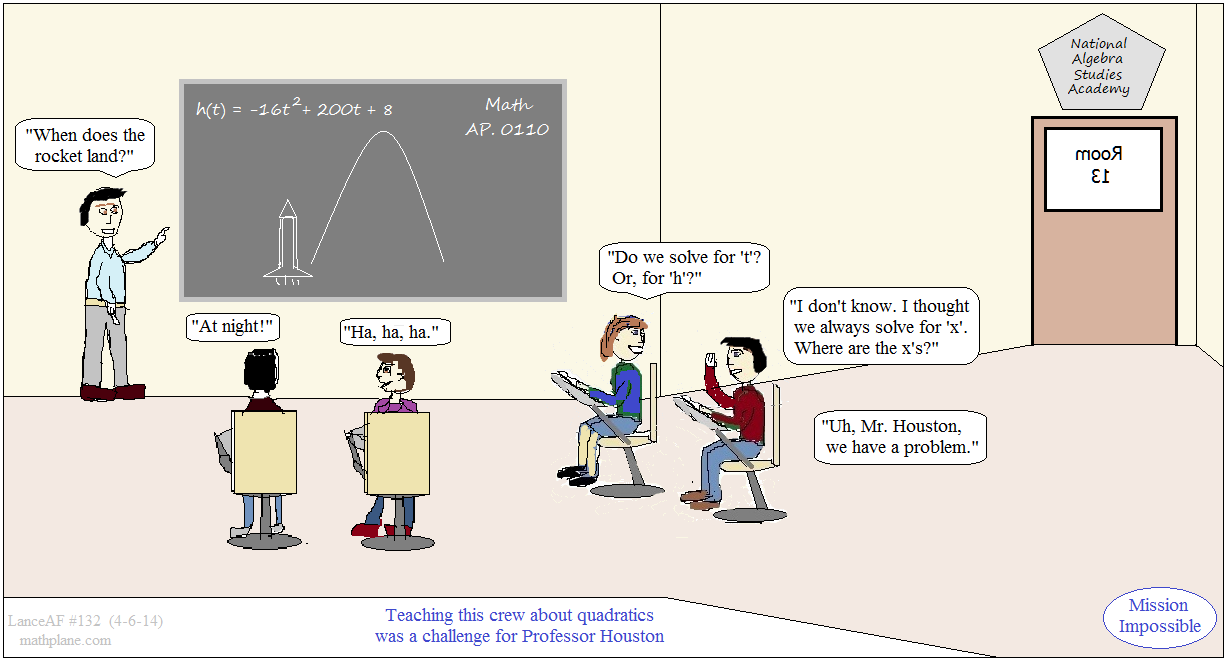 Posted by mathplane at 3:34 PM No comments: 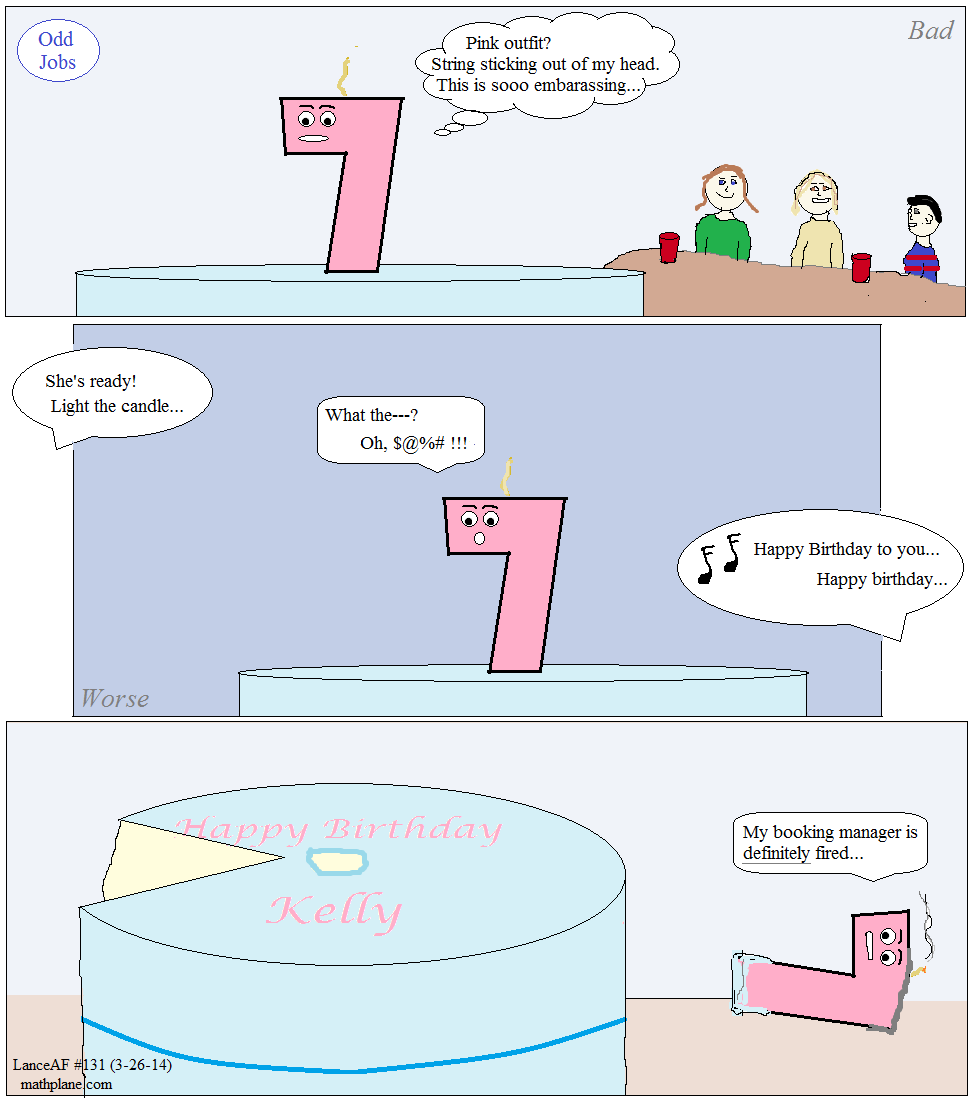 7 does some freelance work... 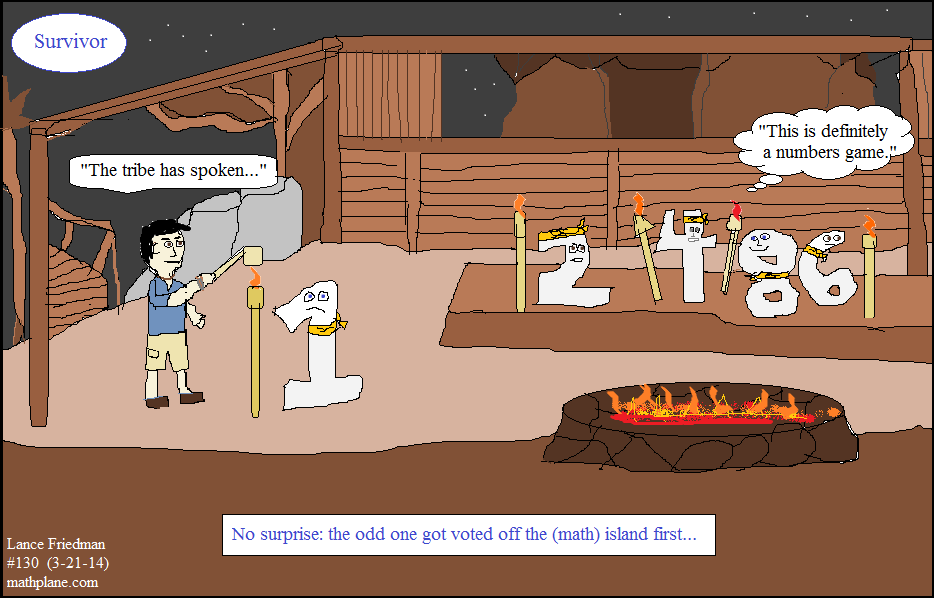 The Odd one gets voted off the island first!

"Discount on a new shirt" 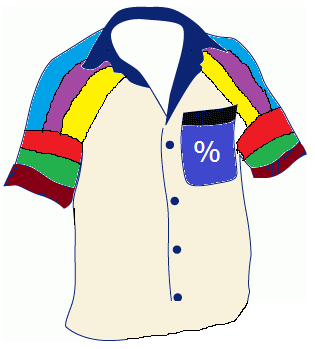 A department store is having a 30% off sale on all shirts. I find one that I like, so I go to the cashier and pay $25. He gives me $2.67 in change, and then I leave with my new rainbow shirt.

If sales tax is 10% of the final purchase price, what was the original (retail) price of the shirt?

Go here for the SOLUTION and more pre-algebra word problems 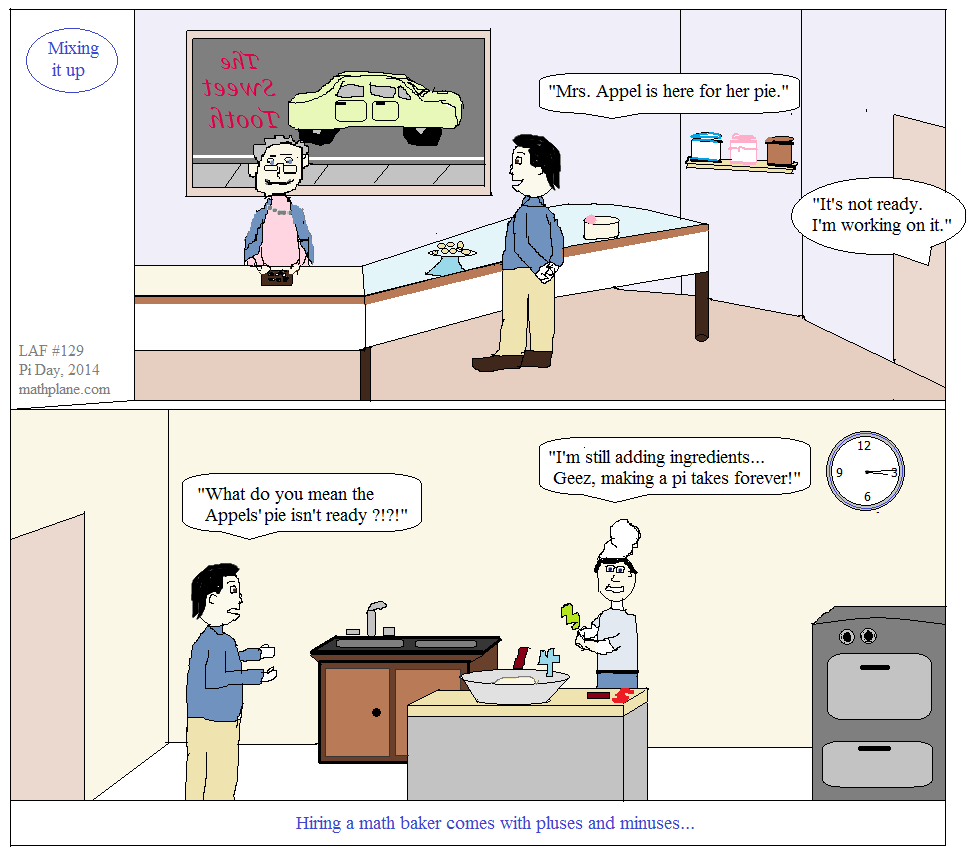 Want another slice of pi?  Visit the mathplane pi page...

Quick math question: What is the perimeter of the triangle? 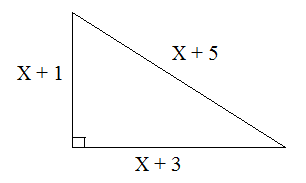 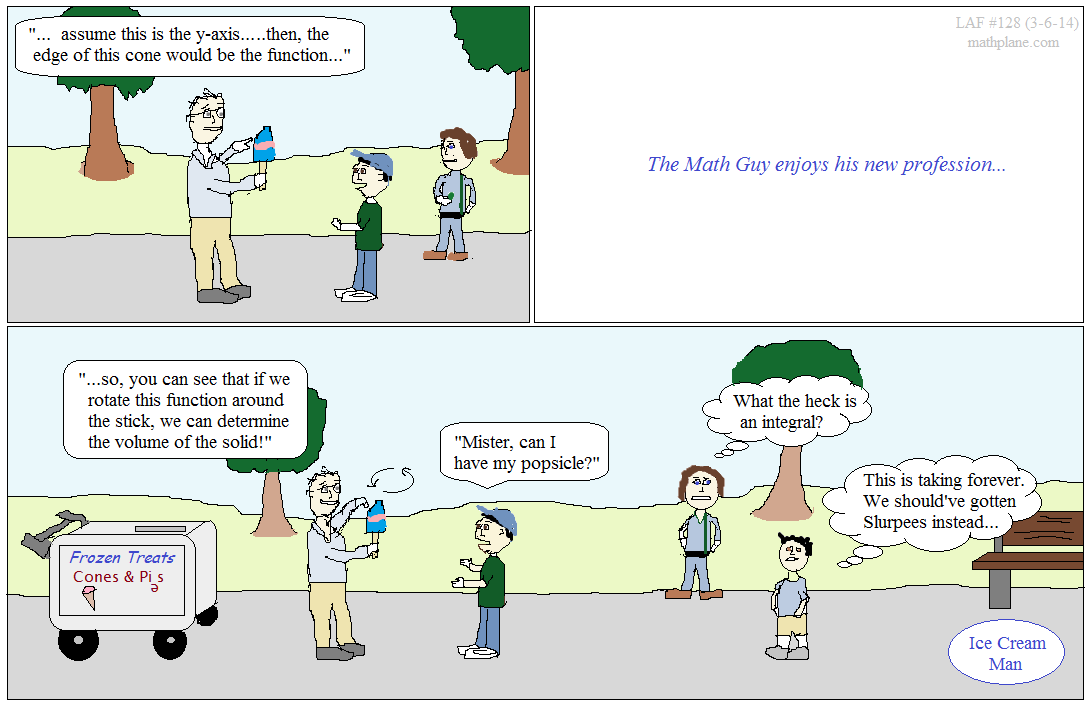 What is the total (green) area inside the 2 triangles? 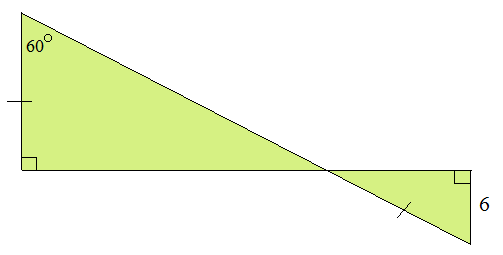 Read here for the solution.